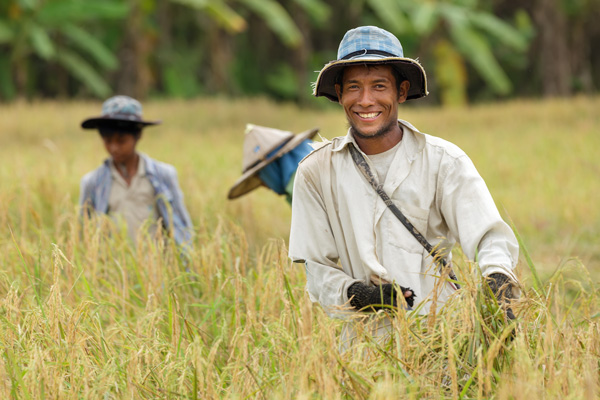 During the early Ayutthaya period, the land had flourished and became a significant breadbasket. The king established

During that time, Siam had to deal with the colonial expansion which also enabled it to conduct international trades with Westerners. As Thai rice had become a significant export product, the officials had to extend farming areas in the plain of the Chao Phraya River in order to increase the crops.

In the present, the round-shaped rice can be commonly found only in the northern and northeastern regions, while the long grains are prevailing in the central and southern regions. Rice fields in the Northeast dominate 45% of the overall areas. Most of the fields grow Khao Dawk Mali 105, which is currently the best species in the world. Therefore, rice grown in this particular area is mainly for commercial purposes. Next to the Northeast are the central and northern regions, which have fairly equal planting areas (around25%).

Today, Thailand is the largest rice producing country and is the center of rice-oriented research. This reflects Thailand‘s role as the pioneer of grain civilization for the human race.

including “Krom na” or Farm Ministry, which was responsible for the administration of farming. As a result, rice had become the staple food for the populations and was the main provision when the wars took place. From the later Ayutthaya period to the early Ratanakosin period, rice from the central region, which mostly are the species that were recommended by the officials or good-quality local species,

was subject to rice tax.